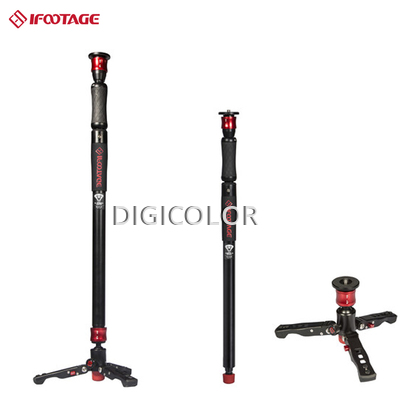 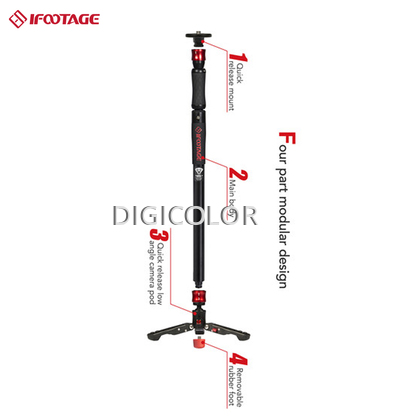 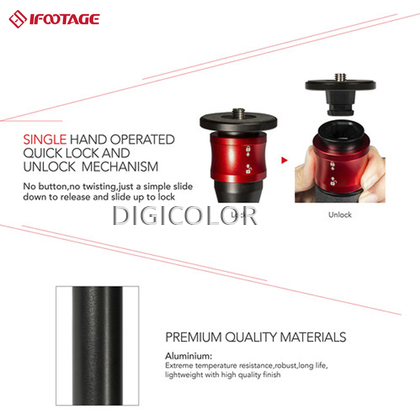 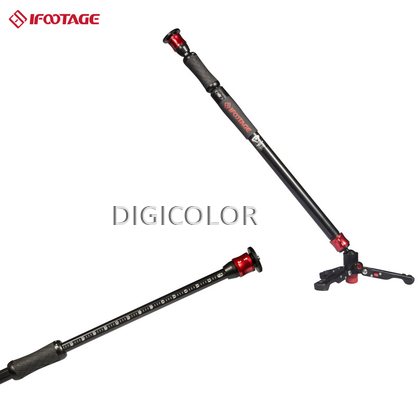 With a four-part design that enables several possible arrangements, the Cobra 2 Strike from iFootage is a telescopic monopod made with versatility in mind. Its main component is a three-section aluminum column, which extends and retracts via a twist lock. Complementing it is a quick release camera mount at the top, and a low-angle support pod and removable rubber foot at the bottom. Together these pieces support equipment up to 17.6 lb and allow for 90° tilting that is useful for low angle shots.

When all its parts are connected and the column is extended, the monopod weighs 3 lb and reaches a maximum height of 59.1" that is useful for general work; it can be collapsed down to 31.9" to reach lower angles or for easy transport. Having the bottom pod connected allows you to use its metal feet at three different angles for independent support, freeing your hands to perform other tasks. Switching that pod for the rubber foot transforms the Cobra 2 Strike into a regular monopod, while getting rid of the column and connecting the camera mount directly into the pod makes for a fixed support that is great for getting low angle shots.

The top section of the monopod is a quick release mount, which can be easily inserted or detached via a sliding lock. Its screw is composed of a 3/8"-16 thread around the outside, which is an independent part and can be pushed down to reveal a 1/4"-20 inner thread. This reversible design makes the Cobra 2 compatible with a large range of photo and video gear. Included with the product is a carrying bag so you can safely transport all its parts between shoots. 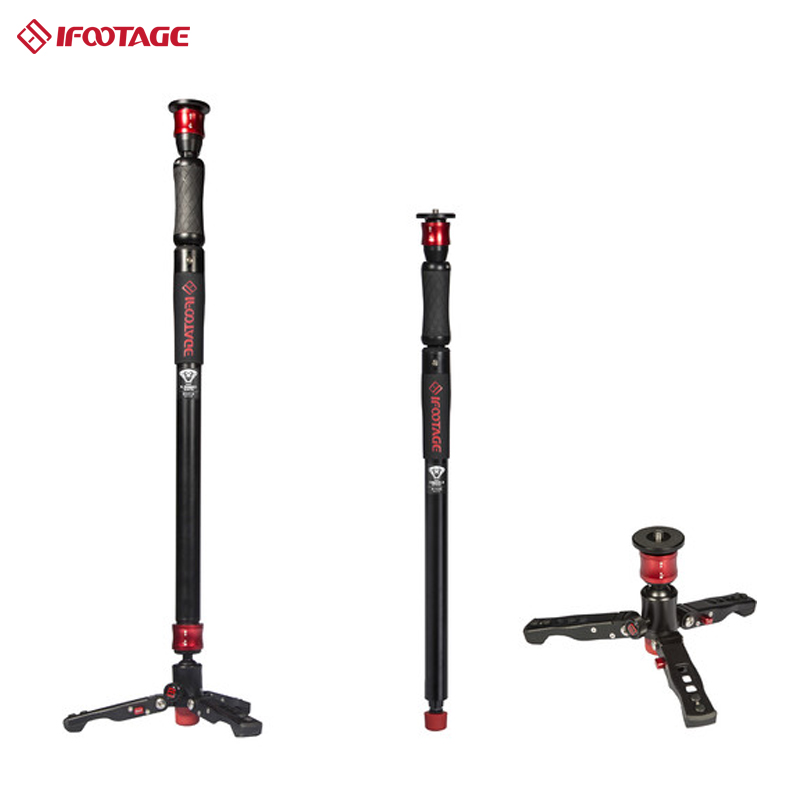 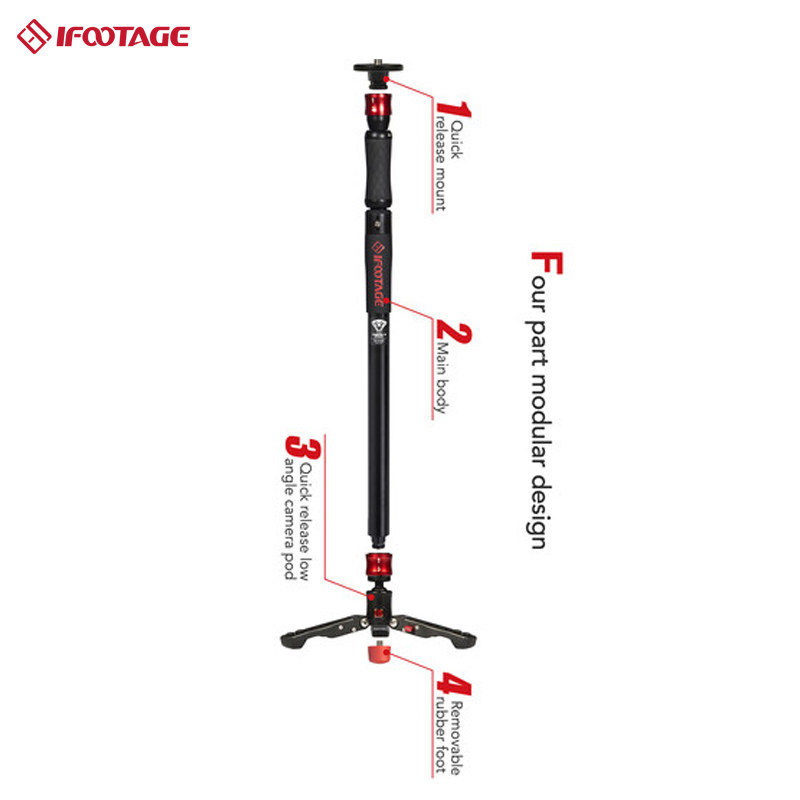 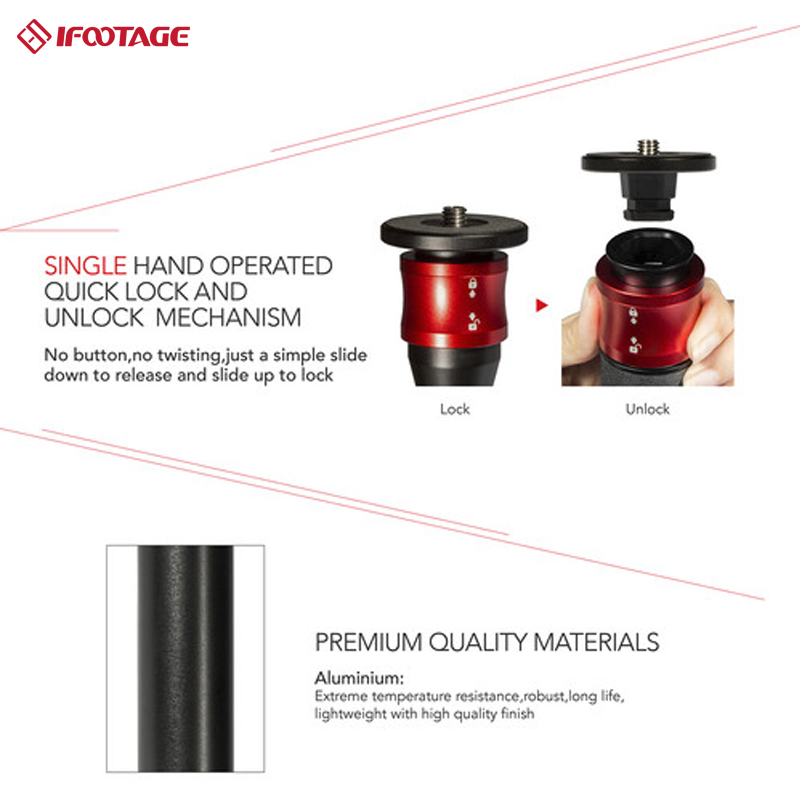 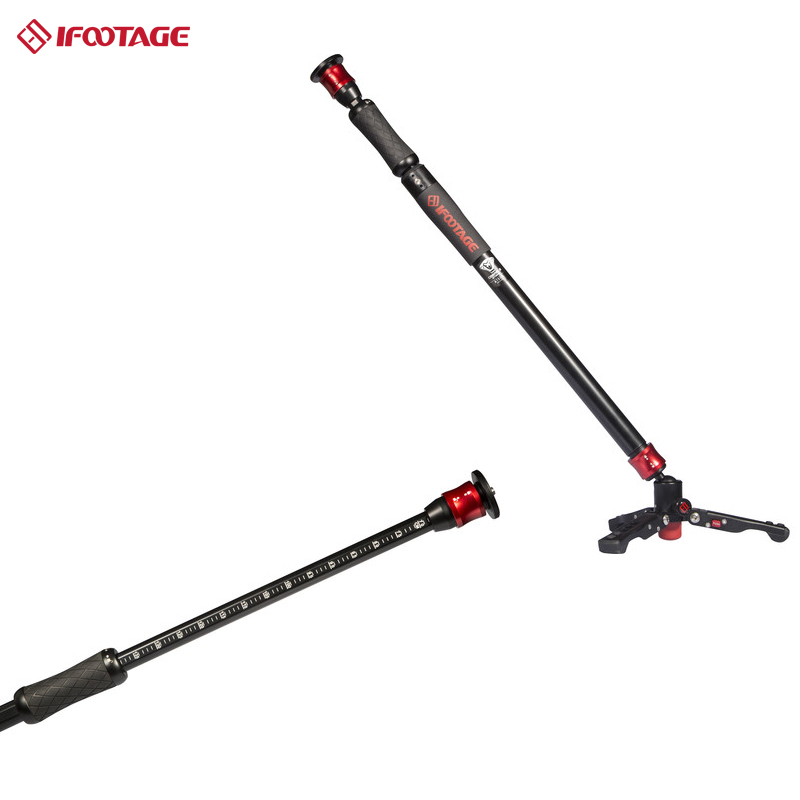 What's in the box